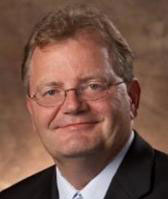 As the former Executive Director of the Association of Municipalities of Ontario (AMO), Patrick has developed an extensive network of civic and provincial contacts, becoming a trusted advisor to the province and a strong advocate for the municipal sector. His government relations skills were put to good use as AMO Executive Director, where he led municipalities in convincing the Province of Ontario for a “New Deal” in the form of new foundation legislation- a modern Municipal Act.

Patrick also advised successive provincial governments on service realignment and the Provincial-Municipal Fiscal and Service Delivery Review. His contribution to public service was recently recognized as a recipient of the Queen’s Diamond Jubilee Medal.

Patrick is a registered professional planner with an undergraduate degree in Urban and Regional Planning and is a member of a number of professional development organizations.

Patrick has remained connected to the public, private and not-for-profit sectors through his current and previous terms on a variety of boards, including a hospital, Chamber of Commerce, tourism promotion boards, professional development organizations at the provincial and national levels and most recently as a Board Member of a municipal employer pension organization.Patrick has spoken at many national and provincial conferences on a range of topics including infrastructure financing, governance, political/staff relations, pensions, land use planning, municipal finance, best practices, stakeholder relations and civic engagement.