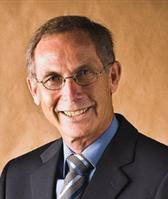 PUBLIC SECTOR EXPERIENCE
Mr. Robinson has been working for over thirty years with most of his experience gained at the municipality level, primarily in the field of land use planning. He has worked with 4 different sized municipalities throughout Canada with most of his planning experience gained at the City of Ottawa, Canada's capital city. He spend over 10 years learning and applying a range of planning concepts and planning tools. In 1985 he became the Director of Planning and later with the addition the building permit and construction inspection responsibilities, the Commissioner of Planning and Development. It was through both of these positions that he learned how to effectively deal with a broad range of interest groups, stakeholders, different levels of government and other institutions (universities, school boards, utilities etc.). He initiated and completed the City of Ottawa Official Plan - the City's comprehensive land use policy document. It was the first such document produced in over 35 years. He also initiated and completed the City's comprehensive zoning bylaw - the legal implementation mechanism of the Official Plan that specifically regulates land use by land parcel across the whole city. On a broader perspective, Mr. Robinson was the municipality's representative on the Planning Committee of the Association of Municipalities of Ontario that provided direct input to the Province of Ontario on Bill 163, the Province's new Planning Act.

SELECTED ACCOMPLISHMENTS
Was responsible for the completion of the 1992 City of Ottawa's Official Plan, the City's comprehensive land use plan that was one of the first cities in Canada to embrace the principals of Sustainable Development by successfully integrating Economic Development, Environmental Protection and Social Development objectives into a 20 year plan.
Initiated and was responsible for the completion of the 1995 City of Ottawa's Comprehensive Zoning Bylaw, the complementary regulations to the City's Official Plan.
Member of the Mayor's Strategic Planning Steering Committee that produced the City's first Corporate Strategic Plan.
Established a one-stop customer service counter for the receipt and processing of all construction and planning applications.
Initiated the City's first private/public partnership with SHL VISION Solutions to develop jointly an enterprise GIS for the City of Ottawa.

INTERNATIONAL EXPERIENCE
Mr. Robinson left the City in 2001 to establish his own consulting firm called The Urban Management Group Inc., which provides consulting services to municipal governments worldwide. He has worked primarily in post-communist countries of Eastern Europe. These countries are experiencing tremendous change and in response, are trying to devolve service delivery responsibilities to the municipal level. This level has very little experience or knowledge to handle the new responsibilities and Mr. Robinson has provided capacity building assistance in many administrative areas to help with the accommodation of these changes. Since this time he has worked in over 15 countries throughout Asia, Latin America, Southern and Eastern Europe, and the Middle East, helping to strengthen over 45 local government organizations of all sizes. The following is an example of his international planning related experience:

Project: Cadastre Assessment 2008
Location: Bogota, Colombia
Project Partner: University of New Brunswick, Canada
Formed part of a 4 person team headed by the Center for Property Studies of the University of New Brunswick to undertake a project scoping mission with World Bank representatives to evaluate the current cadastre system and proposed assessment methodologies of the Bogota Capital District. Areas assessed were the various appraisal models under consideration, data collection techniques, inter-departmental and inter-institutional cooperation, and relevant municipal workflow processes to determine those areas that would best benefit from funding assistance through a World Bank loan.

Project: A Study to Assist Cities to Develop an Integrated Approach for Measuring and Monitoring City Performance 2006-2008
Location: Brazil, Colombia, Canada and USA
Funding Source: The World Bank
Project Partner: ERM
As the team leader and sub-consultant to the international firm of ERM, assisted with the compilation and assessment of existing city indicators and performance measurement systems and helped develop a draft set of indicators that can be used to indicate 'quality of life' and performance of service provision for all cities. The development of internationally accepted, relevant and reliable indicators is to be tested in all participating cities, namely: Sao Paulo, Belo Horizonte, Porto Alegre, in Brazil; Bogotá and Cali in Columbia; and Toronto, Montreal and Vancouver, in Canada. This project is still in progress.